Where is Vaping Illegal

Laws involving vaping are constantly evolving and changing based on new information and the advantages of using e-cigarettes versus traditional tobacco products.

Vaping laws are not the easiest to pin down. We are here today to shed some light on just where vaping is illegal and legal. So the question is, “Where is vaping illegal?”. Vaping isn’t technically illegal, but it may not be allowed in certain areas such as local restaurants, bars, and most indoor spaces. But, it is illegal when it comes to minors under the age of 18 as of this writing.

Vaping is the practice of inhaling and exhaling the vapor produced from electronic cigarettes or a similar device. People use this term because e-cigarettes do not expel tobacco smoke. E-cigarettes provide something called aerosol; this is sometimes mistaken for water vapor and consists of fine particles.

Vaping was introduced to the mass market in the U.S. in 2007 and has grown in popularity ever since. Vaping devices are not just classified as e-cigarettes; they also include personal vaporizers, known as mods and vape pens. A standard vaping device consists of a mouthpiece, a battery, a cartridge containing e-liquid and a heating component powered by a battery. When you turn on the invention, the battery will heat the coils, which turns the e-liquid into vapor which enters into the lungs and exhaled.

Vaping is Illegal for minors

Vaping is illegal under 18. These laws can also vary from state to state. Some states have raised the age of 21. Some states let minors use e-cigarettes or vaporizers in the presence of a parent or legal guardian. Many places allow public vaping, but some do not by applying restrictions and regulations. Most states even recognize vaping as a tobacco-related product, also if there isn’t any tobacco and nicotine at use. There are a few loopholes when it comes to the restrictions of a minor vaping. The law still states that all states have explicit language prohibiting the sale or distribution of these products to a minor.

Where is Vaping Illegal in the US

On August 8, 2016, the Food and Drug Administration listed electronic cigarette products as tobacco products. The World Health Organization also reported that vaping indoors can potentially expose non-users to chemicals and e-cigarette aerosol in indoor areas. This FDA rule also bans the right to sell tobacco products to minors. Multiple states and Regional governments throughout the US are beginning to expand their indoor smoking restrictions by including the limits to apply for e-cigarettes. The education system is also revising the tobacco rules to ban vaping on school property. There are only a few states in the US that don’t regulate indoor vaping at all, and these are the states of Nebraska, Nevada, Rhode Island, and Tennessee.

Laws involving vaping are continually evolving and changing based on new information and the advantages of using e-cigarettes versus traditional tobacco products. The sternest countries are the ones that forbid or frown upon everything, whether it has to do with sale and import to the use of them altogether. A local place could have restrictions in vaping in their area of business, so you should always be careful and check with a member of staff to get the consent to vape. This usually applies to most places of business. So Where is Vaping Illegal? Here’s a map of the United States that shows you where vaping is banned statewide and where it is not, but remember restrictions and regulations still apply.

List of states where vaping is banned statewide (Regulations may apply)

Final Words on Where is Vaping Illegal

Thank you for reading this article on, Where is vaping illegal. When it comes to the law, the rules are very flexible but be cautious. If you ever leave your state, make sure to check if the rules and regulations favor vaping. People nowadays are starting to open up to vaping, but you always need to keep mindful for bystanders and plan accordingly when it comes to visiting different areas that might prohibit vaping. Please always refer to local and state laws when it comes to the most up to date information on where vaping is legal and illegal. 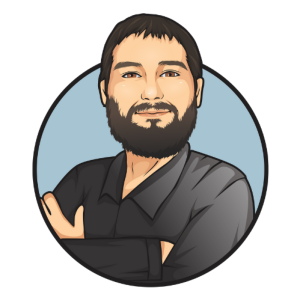 Jonathan is the VP of Finance & Accounting. He oversees the financial and forecasting strategy of the company. He is motivated to discover talent, build a strong brand and ensure great relationships with both customers and employees here at ProVapor Store. When not hard at work, Jonathan is an avid gamer and reader. He thoroughly enjoys family and friends and finds meaning in their relationships. While gaming is his chief passion, cooking and binge-researching other goto hobbies he enjoys. When not pursuing his primary hobbies, he is delving into social-economic projects to help and improve the community.
All Posts »
PrevPreviousWhat are the Health Risks of Vaping? Lets Take a Look
NextTeen Vaping Epidemic: The Latest Reports on Who is VapingNext

3 thoughts on “Where is Vaping Illegal”